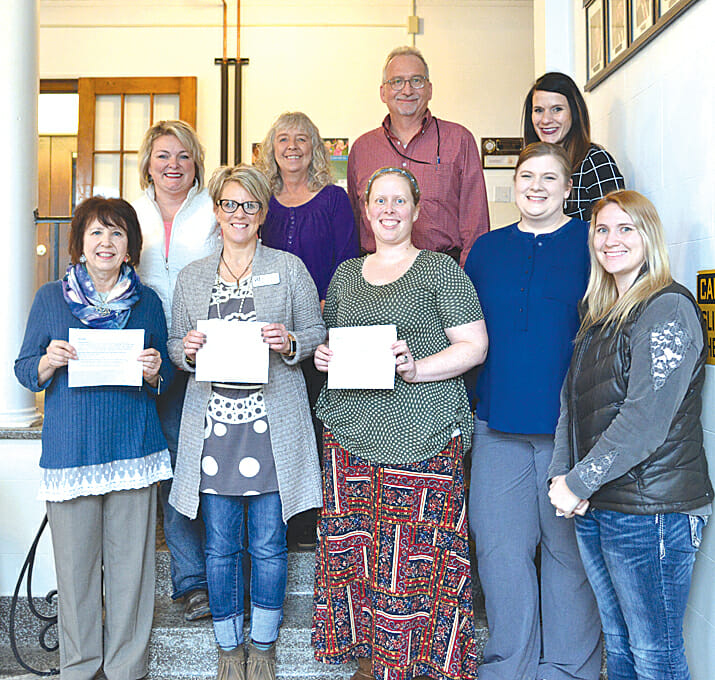 The Stanley Area Community Foundation awarded grants to seven different entities on Thursday, Nov. 15. $52,943 in grants was awarded to projects that will serve the community and the area as a whole. The foundation had nine applications totaling $187,000.

This year’s recipients were the Mountrail County Health Foundation for the assisted living project;  the Sibyl Center for the children’s summer theatre and carpet installation; Stanley High School for the speech team; Stanley High School for the drama club for props; the S.A.C.K. program for backpacks and food for children for weekends and extended breaks; Flickertail Village to replace shingles on buildings; and Opportunity Foundation for autism services equipment.

The Stanley Area Community Foundation was created in 2008 by a group of concerned citizens who wanted to create a permanent financial resource to support local nonprofit projects. The purpose of SACF is to maintain a permanent source of funding for projects in the community of Stanley and the immediate surrounding area. Gifts from many individuals are pooled together and invested in a permanent fund. Each year, the local advisory committee uses income from the foundation to make grants. As the foundation continues to grow, the amount they are able to give also increases. In their first year, grants totaled $4,676, raising to $35,594 last year. Including this year’s grants, the foundation has awarded $206,327 in grants.

Each year, SACF has seen charitable giving grow. Contributions in 2013 to the Foundation were about $320,000 bringing the total at the end of the year to just over $700,000. In 2016 the Foundation reached their target goal of hitting the $1 million mark. As that figure continues to grow, they can increase their giving. This year, the Foundation’s assets increased again to just over $1.5 million total.

With changes to North Dakota tax laws, charitable giving to endowments and foundations has never been more attractive to the state’s residents. Both qualifying businesses and individuals can now claim up to 40% of their gift as tax credits on their state income tax. Those credits can also be carried forward for more than one year. With the reduction in the state tax and the credit that may also be applied to federal taxes, the gift is one that allows taxpayers to choose charitable organizations to receive tax dollars. The gift then also helps to support their communities in unique ways like the Stanley Area Community Foundation. When considering charitable giving, businesses and individuals should always consult their tax professionals to make sure they are doing what is best and right for their own individual circumstances.

Organized in 1976, the ND Community Foundation was formed as an efficient means of meeting the needs of North Dakota in the educational, charitable, arts, scientific and health areas. It is a public nonprofit tax-exempt corporation which receives and distributes charitable funds to support a wide range of programs which benefit North Dakotans. The Foundation administers charitable endowment and non-endowment funds in both the restricted and unrestricted categories on behalf of communities, businesses, non-profit organizations and individuals.