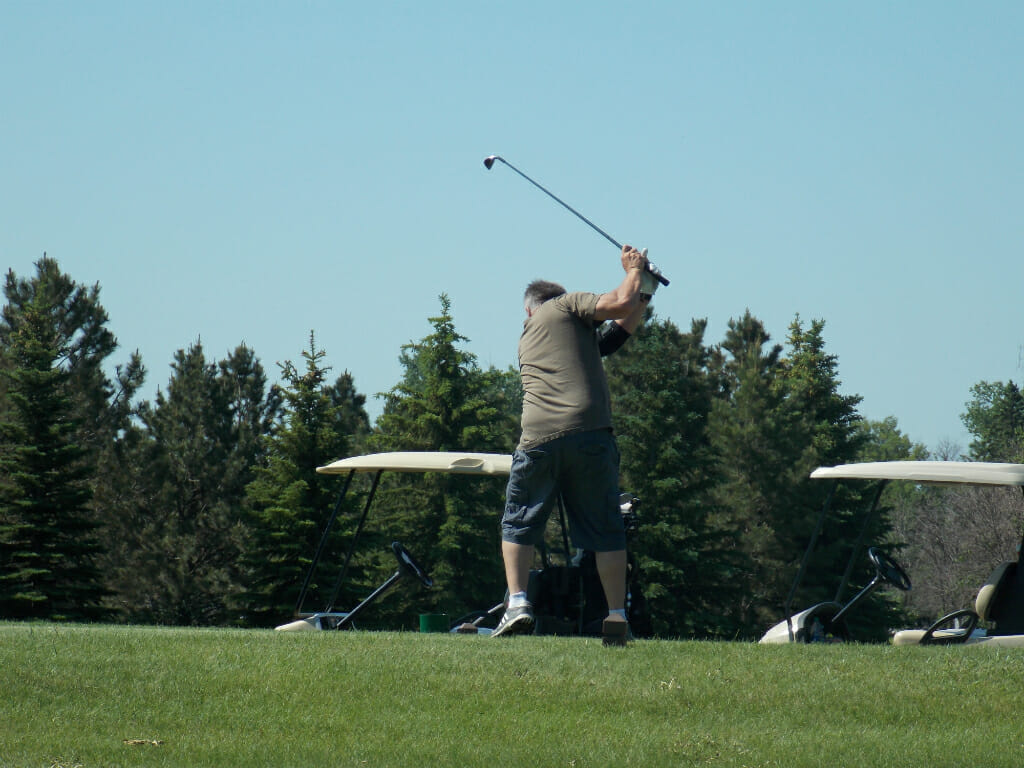 On Saturday, June 9th, the Mountrail County Health Foundation (MCHF) sponsored their annual Golf Scramble at the Prairie Rose Golf Club in Stanley.  There were 16 teams registered and over $11,755.00 was raised this year. This money will be used to help purchase needed equipment for the Mountrail Bethel Home. Over the past five years, the MCHF has raised $57,910 with the help of our wonderful sponsors and our awesome golfers!!!!

The first place team winners of $400 included: Brock Borud, Brent Borud, Jim Everett and Tom Wilhelmi.  They shot 14 under, with a score of 58.  Three teams, Brian Borud’s, MDU and Brosz Engineering tied at 8 under with a score of 64.  The team of Scott Worthington, Terry Kuntz, Nate Berens and Gayle Cox from Brosz won the $200 second place prize in a coin toss.

The MCHF wishes to express their gratitude to all the participants, volunteers and sponsors who made this day a great success. We especially want to thank all the golfers that came back out to golf the postponed date and to Cash Wise, Target Logistics, Marilyn Gaebe and the Bethel Home Auxiliary for working with us on the food two weekends in a row!!!

Check out the pictures of the day’s events. They will be located on the newly designed Foundation website at www.mountrailcountyhealthfoundation.org and on their Facebook page.  Mark your calendars for next year’s Scramble which is scheduled for June 1st, 2019.